The board endorses the “forever hike” and it shows all that is wrong with higher education. 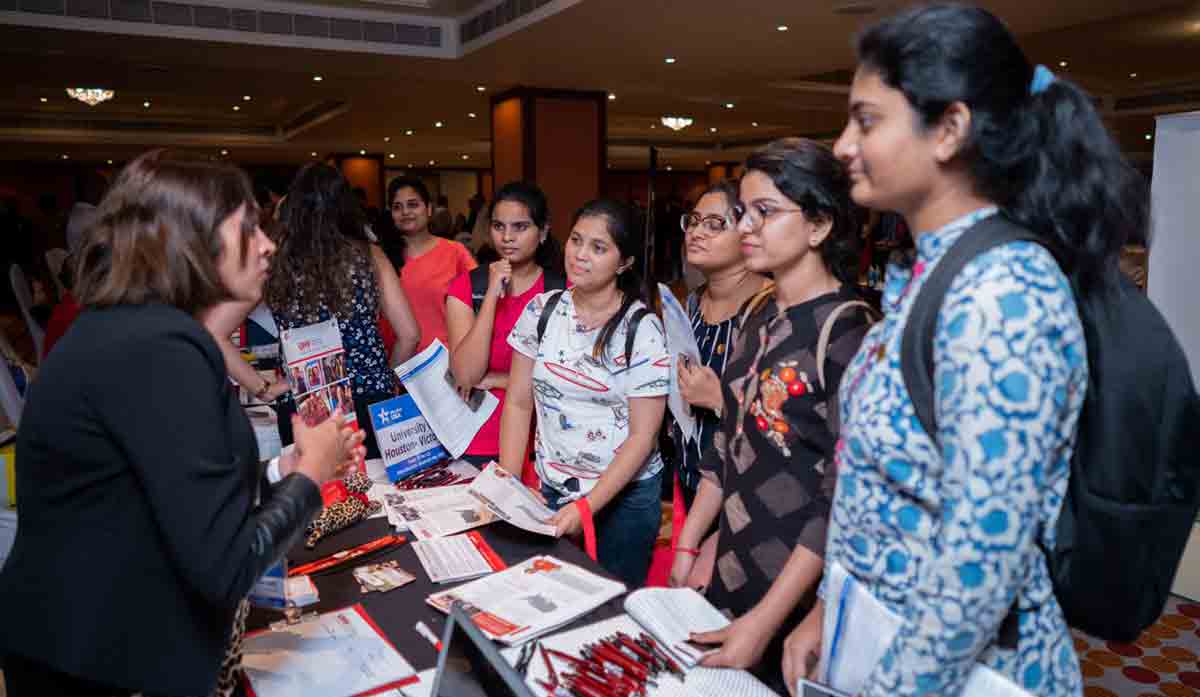 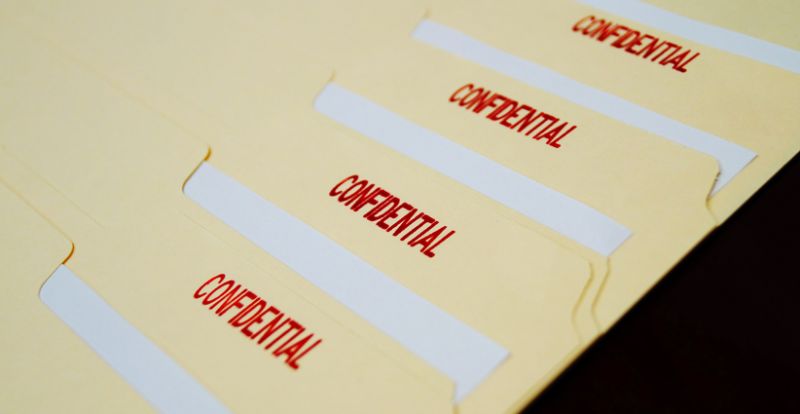 On July 22, the University of California Board of Trustees voted 15-7 to approve the infamous “Hike forever” voting to save their own wallet by rummaging through yours.

The gist of the hike is this: After 2022, every freshman class admitted to a UC will see their tuition increase by up to 5%, forever. Current projections of UC President’s Office estimate that with the implementation of this plan, by 2026-2027, tuition and student fees for undergraduates will have increased by approximately $ 2,500 for a grim total of $ 15,078. The outlook for out-of-state students is even worse, with tuition expected to increase by $ 8,490, for an incredible total of $ 50,814.

But don’t worry, because the Board of Regents has a bridge for you. As part of UC’s concerted propaganda campaign to make the hike look like more than a betrayal of its founding principles, “UC maintains that the proposed tuition fee model is ultimately best for all students. “They support this by emphasizing some of the good ones that will result from increased costs, such as hiring new faculty, increasing salaries and benefits, and programs for increase graduation rates. They even go so far as to laughably claim that the increase will ultimately help low-income students, since 36% of the funds will go into financial aid.

For better or for worse, I feel like I have a journalistic obligation to tell you the truth: propaganda is crap.

Of course, some of the money goes to nice things. But there is absolutely no reason for this money to come out of the pockets of students. The reason UC pursues this strategy, rather than others, is the consequence of a decades-long effort to privatize and commodify education, with students being the main victim.

Let’s establish the context in which this “eternal hike” takes place. First, the vote is taking place just behind the unified communications system which is receiving substantial new funding of $ 1.27 billion this year, the “Largest single-year funding increase ever.” This is a significant boost to CPU funding, although it will not cover the increased costs of running the CPU which will total approximately $ 2.1 billion by 2026-2027. The aim of the new tuition hike is for UC to recoup the difference between the increase in state funding and the increase in estimated costs, but this is not the only way to secure these funds. .

The hike also comes at a time when the state of California has a budget surplus of $ 75.7 billion, a surplus that Governor Gavin Newsom himself described as “the largest surplus in the history of the state.“Covering the $ 830 million gap in needed funding would cost a paltry 1.09% of that surplus, and tuition would not have to be increased by a dime.

But Governor Newsom and the state government have other plans. Instead, they use this excess to pay for a $ 6.2 billion tax reduction for companies that have “suffered during the pandemic”. Tax cuts that occur at a time when the poorest 20% of Americans already pay more taxes than the super rich, and on the back of Trump tax cuts which helped billionaires pay less taxes than workers in 2018. This is supposed to be justified in Newsom’s plan because a lot of the cuts go to small businesses, which we’re all supposed to love for some reason. In reality, these companies pay their workers even less on average and are legally exempt from important labor protections, such as laws against racial and gender discrimination. But thank goodness the students did not have whatever worry during the pandemic, other than $ 1.7 trillion in student loan debt. Nonetheless, students have been forced to continue paying tuition, fees and rent throughout the pandemic. Why are businesses now allowed to stop paying taxes?

In our case, the public universities themselves act more and more like companies more concerned with their results than with the quality of teaching.

Instead of participating in the post-pandemic economic boom, UC students get slapped by the first tuition hike in a decade. Why?

Because politicians and the rich are not very big fans of the “public” part of “public education”. Although our generation has no recollection of it, it wasn’t too long ago that University of California tuition fees was free to state residents. It may seem like a fantasy today, but it was a reality until the 1970s due to the fact that state funding represented a many most of the expenses of the University.

But that funding has been cut back and forth for decades. In 1986, government funding represented 86.8% of UC core funds. Today that figure stands at a paltry 41%, less than half of what it was 35 years ago. At this same period, tuition fees have been multiplied by 14.

Instead, all of the tax money that was spent on education is poured en masse into the private sector. Newsom’s tax cuts are one example. Another example is the the scam of state “public” charter schools. Although they are often mistakenly called public schools, charter schools are in fact private institutions, funded by taxpayers’ money. They are privatized in the sense that there is very little control over how taxpayer money given to these institutions is used. Advocates of charter schools might say this offers Californians a “valuable alternative” to the traditional public school system. The reality is that tax money paid to these institutions is often embezzled and stolen. An infamous example of this was the case of “home charters”, institutions which appropriated thousands of dollars in taxes to pay. horseback riding lessons and family vacations to Disneyland. Eleven people at the head of this particular agitation have since been charged with fraud, flight $ 50 million in taxpayer money for public schools to invest in crappy start-ups and real estate.

With each passing year, the University of California is heading towards a similar fate. In our case, the public universities themselves act more and more like companies more concerned with their results than with the quality of teaching. This was the case in UC Santa Barbara’s response to COVID-19, and this is also the case now with the regents. The responsibility for this ultimately rests with Governor Newsom, who controls both the process. by which the regents are appointed and whose office is responsible for the preparation of the state budget. Sadly, the governor’s silence over the recent tuition hike has been deafening. Despite expressing its opposition to the previously risingNewsom’s budget proposal did not include the funding needed to avoid a tuition hike and has been mysteriously silent on the recent board vote.

In this case, actions speak louder than words. Since the governor is unwilling to take the necessary steps of his own free will, it is up to the students and UC workers to force him. Fortunately, this is exactly what we are seeing.

On voting day, a coalition of nine student groups marched onto the office of the Board of Regents. In the press release announcing the action, they point to the contradiction of raising the price of tuition fees at a time when “the state of California faces a budget surplus of $ 76 billion and as the national student debt stands at $ 1.7 trillion. dollars ”. The tuition hike also angered unionized campus workers, with UAW 2865 (the union of university students employed at UC) President Rafael Jaime noting that “even though the university admits its The most diverse class of all time, it makes itself less accessible by balancing its budget on the backs of those who can least afford it. With students returning to campus this fall, it’s hard to imagine the movement won’t grow exponentially, Like in the past.

As a democratic politician, young voters represent a critical constituency for Governor Newsom. It would be wise to heed their warning.

Taylor Clark believes that public universities should be publicly funded and that the Board of Regents should not abuse student prices.

Taylor Clark is a former Campus Corps leader of Students for Bernie and co-chair of the Young Democratic Socialists of America at UCSB. 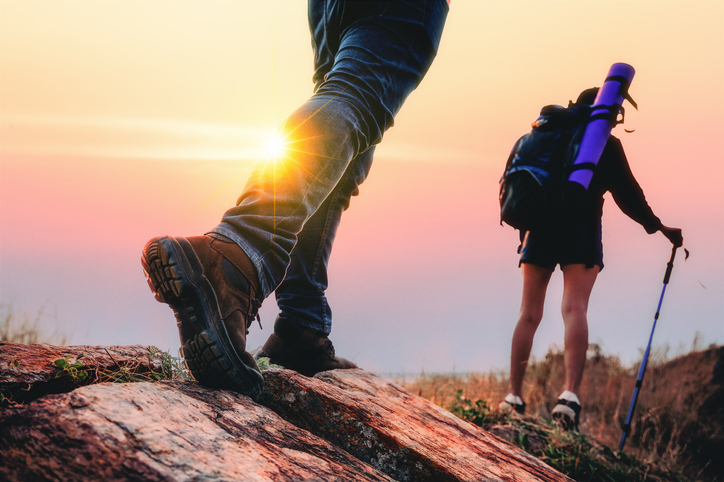